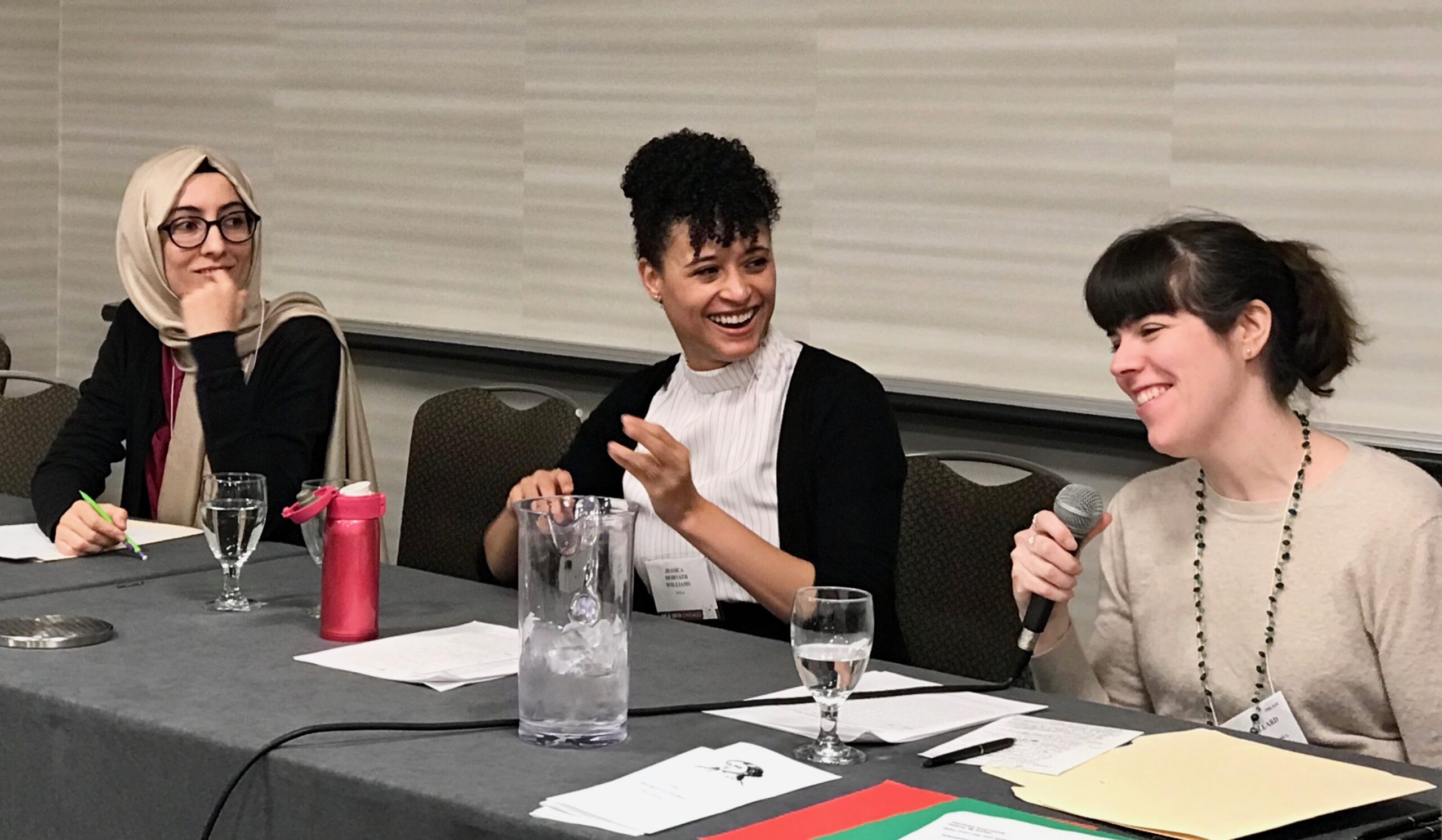 This session, organized by Sonia Di Loreto and presided by Jana L. Argersinger, explored Margaret Fuller’s relation to and representations of labor from multiple perspectives, including the ways in which Margaret Fuller and other 19th c. women writers considered, debated, practiced, and critiqued labor.

Aimee Allard presented a paper focused on the labor of sewing, specifically the role of sewing within the asylum. Sewing was a tedious task designed to keep women busy, a punishment for women patients “who dared to read or write, and a system of unpaid labor from which unscrupulous asylum superintendents profited.” Allard writes, “For Fuller, sewing was a form of cloth confinement, so it seems only fitting that [Elizabeth] Packard and her contemporaries aligned needlework with straitjackets and fabric restraints.”

Hediye Özkan discussed how Lillie Devereux Blake approached issues faced by women in the nineteenth century in Fettered for Life or Master and Lord
(1874), “by using woman-slave analogy not only in a capitalist but also patriarchal society to reconstruct work, womanhood, and marriage.”

Jessica Horvath Williams approached nineteenth-century women’s labor through disability studies, examining journal entries related to the strenuous labor of nineteenth-century housework. In her paper she interrogated the impossible standard of the Colonial Good Wife, and asked what we mean when we apply the words “disabled” and “frail” to women in the nineteenth century.

‘Sent to the Sewing Room, and Compelled to Work’: Institutionalized Women’s Labor in Nineteenth-Century American Hospitals for the Insane

Aimee Allard, U of Nebraska, Lincoln

Solidarity across Classes and Women’s Labor

Hediye Özkan, Indiana U of Pennsylvania

On the eve of the Margaret Fuller Society panel, Fullerites gathered in Chicago to have dinner together and discuss their research and their presentations at MLA.