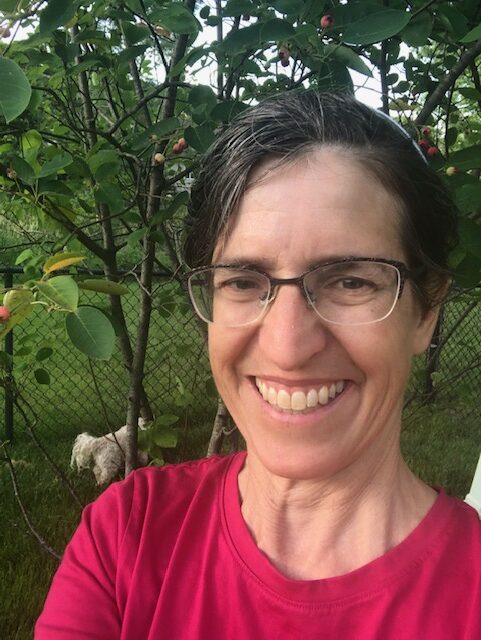 This year, the Margaret Fuller Society (MFS) is spending time getting to know its leaders and members who live all over the world. This month we honor the work of Dr. Lisa West, who is a professor in the Department of English at Drake University.

We asked Dr. West to tell us a little about herself, and here is what she said: “As an undergrad, I majored in English but also completed an environmental studies concentration, resulting in 3 years’ work (as paralegal then Public Relations) with the EPA. I went back to grad school with the intent of linking my interest in the environment to reading and writing. My most popular course at Drake is on the Salem Witch Trials. Originally designed as a palatable way to teach colonial texts to undergrads, it has become fascinating to them and me as a window into archives, history-telling, and a variety of concepts from “truth” to “trauma.” In my first visiting professor position, I lit the English department of Santa Clara on fire. Literally. I was xeroxing materials for class and the machine was not working well. I removed my originals and went to class in another building – only to see a firetruck outside the department on my return. And it wasn’t even incendiary stuff I was teaching…”

The next time you see her you might ask Dr. West about her work in environmental humanities, including the ecogothic, environmental literature, some basics in environmental history; Catharine Maria Sedgwick; the “mound-builders” site and writings about their ruins; and how she teaches the Salem Witch Trials.

When it comes to Margaret Fuller, Dr. West says she is inspired by Fuller’s “sheer love of learning and her avid reading habits.” She continues, “I am humbled by how she paired that voracious appetite with dedication to SHARING  knowledge through conversations, translations, journalism, activism.”

In her role as Financial Officer, Dr. West keeps track of new and returning members and the society’s accounts. In addition to retaining the society’s current members, she “would like to see MFS focus on diversity of membership. I also would like to see a flexible and multi-faceted connection with the MF Neighborhood House.”

Finally, we asked Dr. West to tell us about one thing she did or learned during the pandemic that she is proud of. She responded, “My siblings and I started weekly family Zooms with each other, my Mom, and sometimes our kids. We all live in different cities, so this has been a lovely way to feel more connected to each other. I think is a Sunday night tradition we will keep.”

We thank Dr. West for her service and leadership and for sharing her time with us. If you would like to read her work, see the citations below. 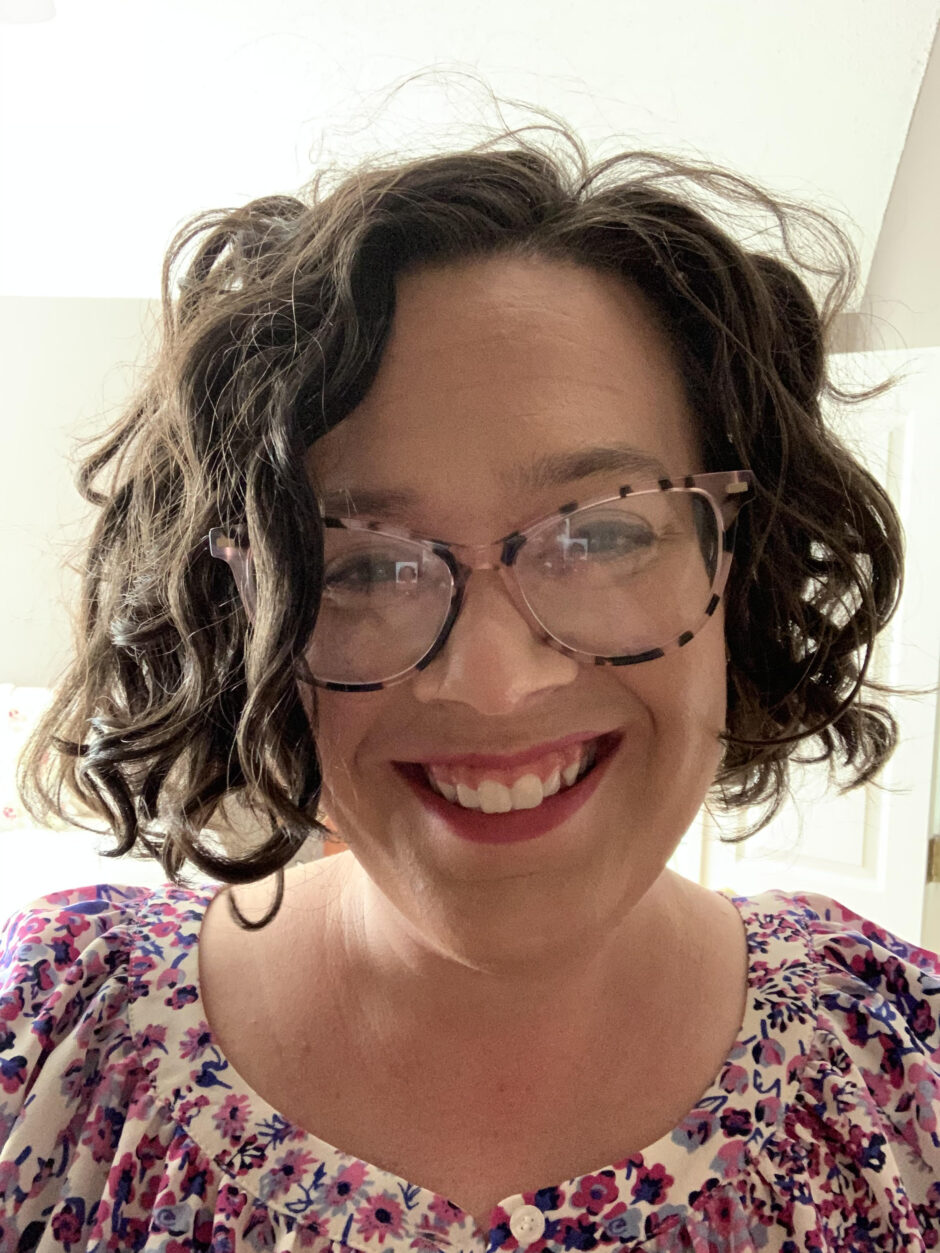 This year, the Margaret Fuller Society (MFS) is spending time getting to know its leaders and members who live all over the world. This month we honor the work of Dr. Mollie Barnes, who is Associate Professor of Nineteenth Century U.S. Literature at the University of South Carolina Beaufort, a teaching-intensive university committed to serving students and their families in lowcountry communities.

We asked Dr. Barnes to tell us a little about herself and she joyfully responded: “I love having my dream job and living in my dream part of the country. Half of my teaching is to students in first-year composition. Half is to English Studies majors and minors. I’m grateful for long summertime mornings and evenings to dive into writing projects that matter to me. The work that I’m most grateful to do—at my university and in our field—is supporting conversations and actions that center diversity, equity, and inclusion. I love gardening, cross-stitching, and being a cat-mom to my sweet tortie-girl named Frida.” [Frida is pictured below]

What is one thing about Fuller that you admire or find inspiring—why you gravitate to her in your scholarship or life?

Dr. Barnes: “I realize when I read Fuller with my students how surprising she is in the varieties of her passions—and in the ways she changes her mind over time. In my absolute favorite quotation, even Fuller seems surprised at the kaleidoscope qualities of her own mind and existence as she remembers herself in her childhood home: ‘I remembered how, a little child, I had stopped myself one day on the stairs, and asked, how came I here? How is it that I seem to be this Margaret Fuller? What does it mean? What shall I do about it?'”

What would you like MFS to accomplish in the next 5 years?

Dr. Barnes: “I’m happy to assist Katie Kornacki with Conversations, the newsletter for the Margaret Fuller Society. I’m also happy—now that this pandemic may be winding down—to firm up the CFP and the date and the location for Journaling for Justice. In both of these efforts, and in partnership with my colleagues who lead this organization, I’m most committed to 1) advocating for teaching and service and scholarship that centers anti-racist work and 2) strengthening Fuller’s place in conversations about innovative pedagogies and sensitive community engagement.”

What is one thing you did or learned during the pandemic that you are proud of?

Dr. Barnes: “I am learning to slow down and to savor ‘small’ things I haven’t made time to appreciate for too long. An old song I forgot I loved. An exquisite bird staring at me in my windowsill or the tree outside my office. Chartreuse embroidery floss. And hugs with friends in my bubble. Some big things too: my first house, my first publication on Fuller in print, and tenure and promotion!” 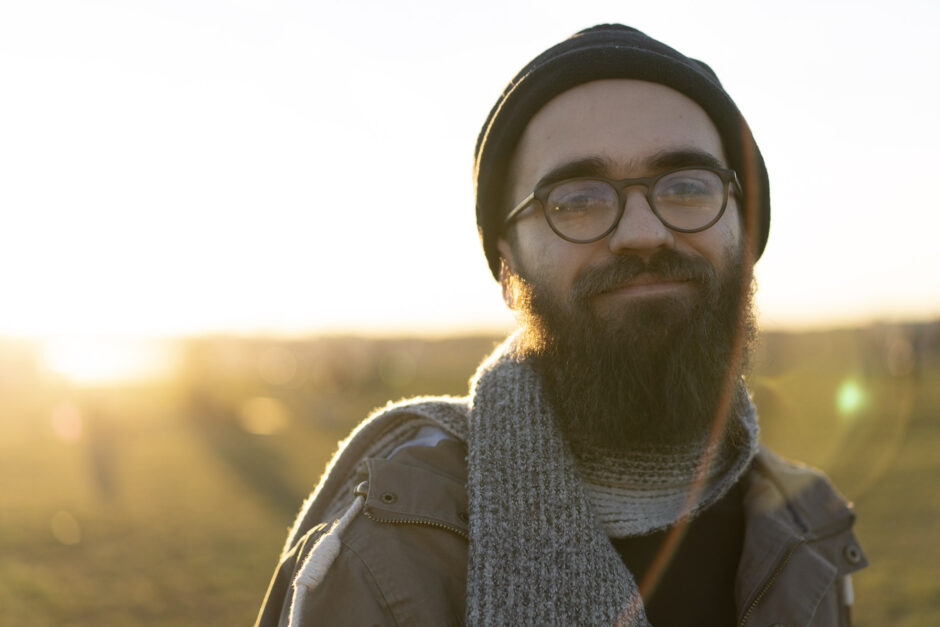 This year, the Margaret Fuller Society (MFS) is spending time getting to know its leaders and members, who live all over the world. This month we honor the work of Graduate Student Liaison, Andrew Wildermuth, who recently answered some questions from MFS Web Developer Christina Katopodis.

Wildermuth is a graduate student in North American studies in Erlangen, Germany, and holds interests in poetics and politics, romanticism, and biopolitics. He is originally from Annapolis, Maryland, where he attended Anne Arundel Community College and St. Mary’s College of Maryland. He also works as a copyeditor and writes his own poems, with recent poems published in Columbia Journal, EcoTheo Review, and SOFTBLOW.

If you run into Wildermuth at a conference or on Zoom, you might ask him about how to attend tuition-free grad school in Germany as a non-EU citizen (or about tasty German beverages).

Katopodis: What is one thing about Fuller that you admire or find inspiring?

Wildermuth: I am perplexed and inspired by Margaret Fuller’s ceaseless imagination and ambition, her wide and bending conceptions of gender, as well as her always-surprising use of language. An 1835 journal fragment that haunts and scares me: “aims unreached occasions lost.”

Katopodis: What would you like to see the Margaret Fuller Society accomplish in the next 5 years?

Wildermuth: I would like to see the Margaret Fuller Society provide platforms for research and teaching that critically explores race, racism, and colonialism in the work of Margaret Fuller. I believe we need to build better vocabularies to understand how racial and racist discourse operates in early U.S. literature, especially in literature often considered liberal or progressive.

Katopodis: What is one thing you did or learned in the pandemic that you are proud of?

Wildermuth: I revived my running habit somewhat, which has nicely balanced a simultaneous revival of interest in wine and beer!

We thank Wildermuth for spending time to tell us more about himself. If you would like to read some of his scholarship, keep an eye out for two articles forthcoming this spring/summer: a paper on the sonnet politics of Claude McKay’s Harlem Shadows in the journal Aspeers; and a paper on Shelley’s Frankenstein and biopolitics in the journal ZAA: Zeitschrift für Anglistik und Amerikanistik. 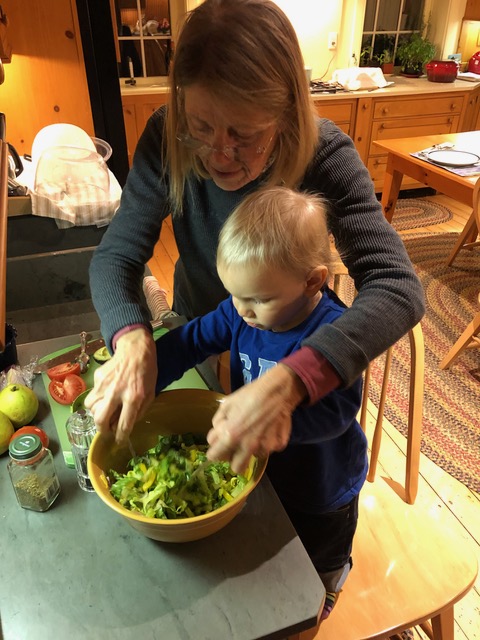 Coming from a rural working-class background in Upstate New York, Avallone earned degrees “long ago,” as she puts it, at the College of Saint Rose (BA) and SUNY Binghamton (MA, PhD, dissertation on Melville). After serving on the faculties of the universities of Hawai’i and Notre Dame, she now works as an independent scholar, alternating between Kailua, Hawai’i, where she serves as an “in-house” editor for Chip Hughes’s Surfing Detective mystery series, and Upstate, “where my heart dwells.”

If you have receives an email from Avallone, you might have noticed she signs her emails with a proper “aloha.” If you see her at a conference, you might ask her about Hawai’i. “What members of other academic societies to which I belong ask me about most is Hawai’i,” Avallone says, “which opens up a conversation on the over-developed tourist economy, militarization of the Islands, racial dynamics, and the Hawaiian sovereignty movement.”

In the next 5 years, Avallone would like to see the Margaret Fuller Society continue to grow “in its membership, its outreach, and its embrace of critical approaches.”

What is one thing about Fuller that you most admire? “I find Fuller’s writings important because they have allowed me to address multiple vital issues in my teaching and researching of U.S. literatures and of gender studies: issues ongoing since her time of gender, race/ethnicity, class, religion, and ecology, as well as the history and methods of close reading and interpretation necessary to consideration of these complex issues.”

Share one thing you learned during the pandemic. “Pandemic restrictions allowed me to (re)learn how much joy is to be had in slowing down to appreciate diurnal routines. (Spending mornings with a two-year-old helps.)”

A Bibliography of Charlene Avallone’s Publications on Fuller: