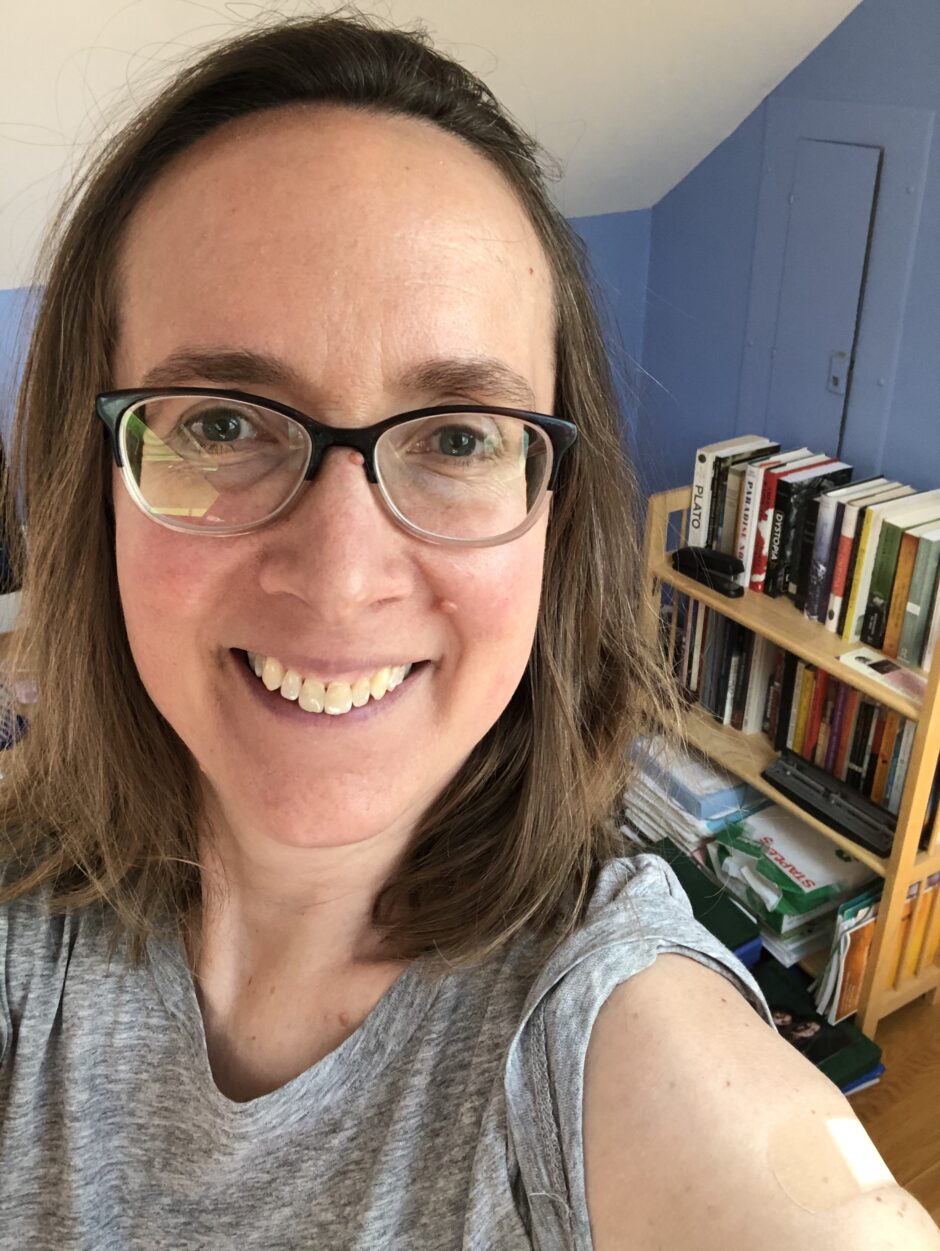 This year, the Margaret Fuller Society (MFS) is spending time getting to know its leaders and members who live all over the world. This month we honor the work of Dr. Leslie Eckel, who is Associate Professor and Honors Coordinator of English at Suffolk University.

Dr. Eckel teaches American literature, literatures of travel and migration, utopian and dystopian studies, first-year writing, and women’s and gender studies. She is currently working on two major projects: a monograph on utopianism in the long nineteenth century, and the Edinburgh Edition of the Collected Writings of Margaret Fuller with her co-editors Sonia di Loreto and Andrew Taylor. If you see Eckel on Zoom or at the next in-person conference, you might ask her about Atlantic literary studies, publishing and co-editing books, service-learning pedagogy, parenting, and even yoga.

We asked Dr. Eckel to tell us about what drew her to Margaret Fuller, and here is what she said: “I first discovered Fuller in a graduate seminar on Victorian poetry with the late Linda Peterson, who was a wonderful professor, as we were reading Aurora Leigh by Elizabeth Barrett Browning. Fuller appeared in a footnote to the poem, and I wanted to learn her whole story! As I was starting my dissertation, I traveled to Rome and read Fuller’s dispatches from Europe for the first time while eating lots of Nutella on toast. … I love and appreciate Margaret Fuller’s ability to fuse intellectual pursuits with activism in a wider world. The turn she makes as she leaves Boston for New York is such an important part of this path, and she captures it when she writes in an 1845 letter to her brother Richard, ‘[I] wish to share and impel the general stream of thought.’”

In the next several years, Dr. Eckel would like the MFS to become more inclusive both in its membership and the conversations that our members have with one another. She believes that our current racial justice initiatives and planning for an international conference in 2023 are key steps in this direction.

During the pandemic, Dr. Eckel learned a great deal, including how to support her students more holistically as learners and as people, even via Zoom. The things she looks forward to doing most after the pandemic include: “Visiting faraway family and friends, exploring Legoland in Denmark with my son, and experiencing the next international conference with Fuller Society colleagues.”

We thank Dr. Eckel for her service and leadership and for sharing her time with us. If you would like to learn more about her work, see the resources she has shared with us below.