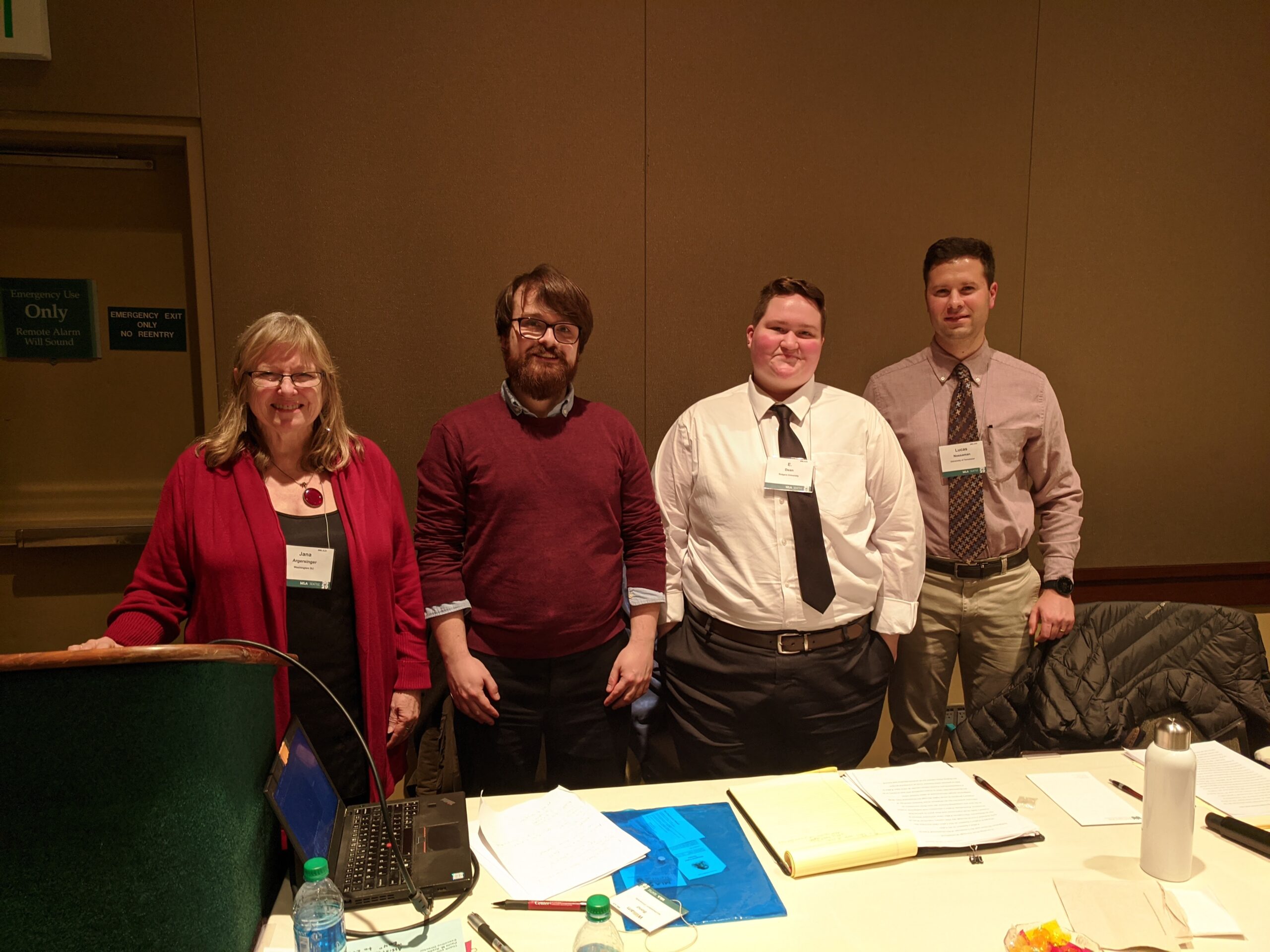 On Saturday, January 11, 2020, we gathered at the MLA Convention in Seattle, WA, for a panel on “Margaret Fuller’s Ecologies,” presided by Margaret Fuller Society Vice President, Jana L. Argersinger. Below is the list of presenters and their paper titles.

“The Ecological Spirituality of Margaret Fuller’s Summer on the Lakes”
Lucas Nossaman, U of Tennessee, Knoxville

“Traveling West through Womanhood: Indigenous Women and the Landscape of Developmental Time in Fuller’s Summer on the Lakes”
E S Dean, Rutgers U, New Brunswick