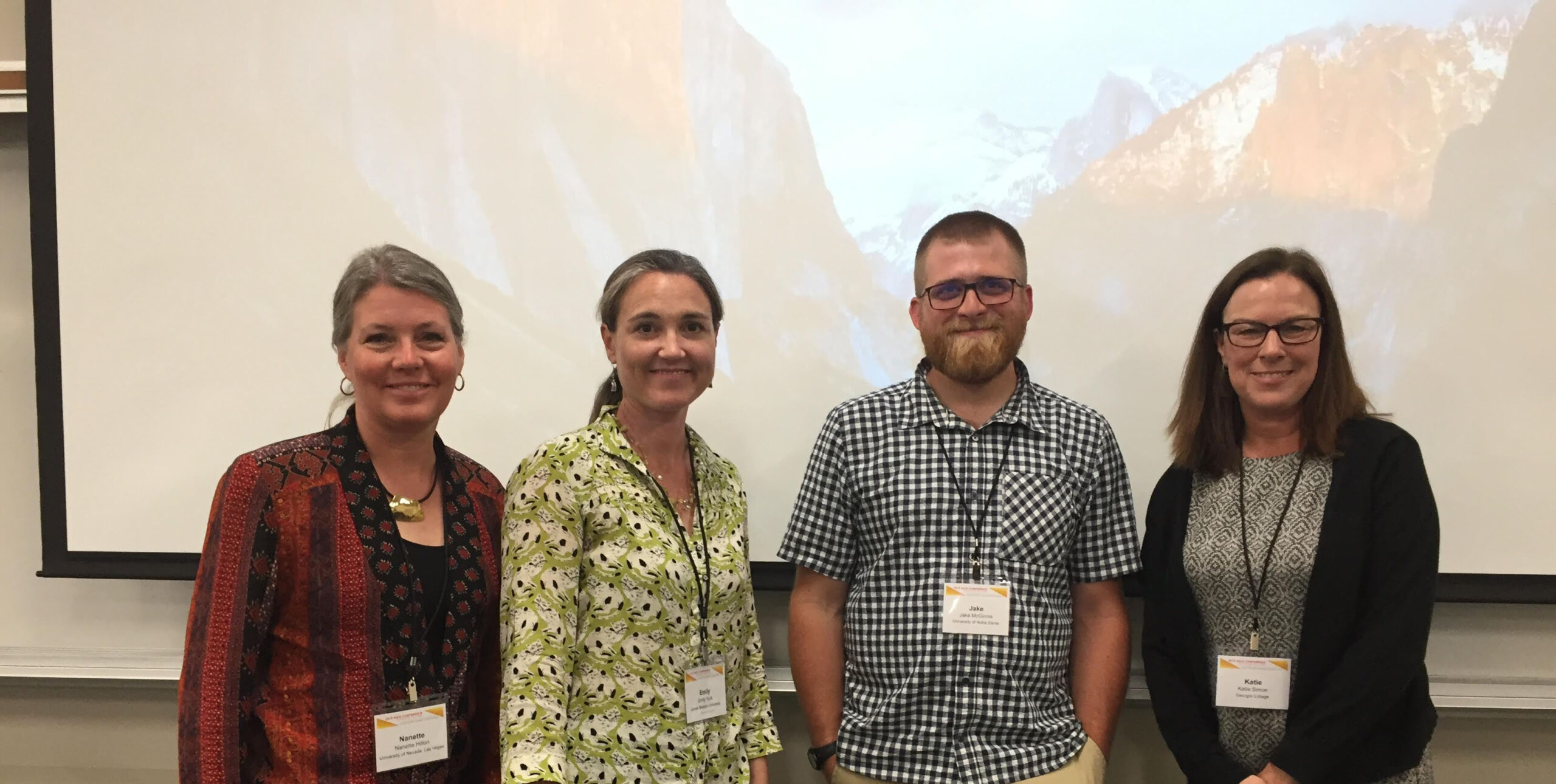 The 2019 Association for the Study of Literature and the Environment (ASLE) Conference uncannily presaged the November 2018 Camp Fire which destroyed the town of Paradise, California. The unsettling “resonance” between the conference theme, “Paradise On Fire,” and the affected California host communities prompted planners to issue an October 31, 2018 explanation that “the title was intended to be metaphorical” and drew “from the long literary imagining of California as another world” (ASLE).

June 26th through 30th, 2019 conference attendees came together to mourn “the loss of life, home and habitat in that fire” as a group “dedicated to grappling with difficult, long-term and often irresolvable issues,” not just in present-day California but since the Anthropocene’s impact on the global environment. Such exigencies were familiar to Margaret Fuller who likewise struggled to make sense of challenging concerns.

For this reason, Nanette Hilton organized an ASLE panel entitled “Margaret Fuller: Preserving Paradise in the 19th Century” in which she asked how Fuller champions, appropriates, and interacts with ecology in her texts? To what end, then and now? In what ways might Fuller’s personal struggles, or the struggles of those she represents in her texts, mirror socio-ecological struggles, past and present? Is Fuller’s a universal or microcosmic ecological awareness? How does Fuller resist or cross metaphorical or literal boundaries and in what ways might this impact Earth’s environment? The panel explored how Fuller was on the vanguard of form and genre hybridization and how she championed inclusivity long before it was politically correct. The panel hoped to mine the ecocriticism of Fuller’s heterogeneous works for models of rhetorical strategy as patterns for us, nearly two centuries later, in our efforts to preserve Paradise.

The response to this call for papers gave heartening evidence that Margaret Fuller is taking a front seat in literary studies, even in environmental humanities. Ultimately, four papers were chosen to be presented, including:

By coincidence, all four panelists centered their papers on Fuller’s Summer on the Lakes (Summer) to create a serendipitously cohesive analysis of her text.

Jake McGinnis observed how Fuller’s personal anxieties were juxtaposed with “the environmental, social, and gender crises that shaped the frontier of 1843” and provide a “crucially important model for our own processes of working through the growing problems of American regionality—from the urban/rural political divide to brain drain and pervasive gender inequality.”

Emily York provided an auto-ethnographic account of her re-engagement with Fuller’s work nearly twenty years after writing her BA thesis on Fuller. She explained her “current efforts to reflexively reconsider Science and Technology Studies” with the aim to cross “boundaries of discipline and genre” to “build solidarity toward a socially and ecologically inclusive future.”

Katie Simon discussed how Fuller “encounters a landscape haunted with racialized violence” and through her “hybrid forms and textual assemblages” created a model for us to “engage with both nonhuman nature, and humans who have been ghosted from the category of the human” to “appreciate its sublime effects.”

The session enjoyed an audience of about twenty people. After the session, the panelists and their guests got better acquainted and continued their conversation over a marvelous dinner at Seasons restaurant.

In keeping with the prescient nature of ASLE’s conference theme, it was unanimously agreed that Fuller foreshadowed in Summer rhetorical strategies for confronting the ecojustice challenges we face today and prophesied a future wherein all actors have a voice in preserving Paradise.