On February 28, 2019, Wikipedians new and old, expert and novice, met at The Graduate Center, CUNY, for “Revolutionizing Wikipedia: A Queer and Feminist Edit-a-Thon,” organized by Christina Katopodis. The event was sponsored by the Futures Initiative, GC Digital Initiatives, Teaching and Learning Center, and HASTAC at The Graduate Center, CUNY, as well as Wikimedia NYC.

The idea behind the event was to support greater inclusion in Wikipedia editing both in terms of who contributes, and in terms of what topics are covered. Currently, Wikipedia contributors are overwhelmingly male—about 90 percent. Only nine percent of Wikipedia editors surveyed in 2018 by the Wikimedia Foundation identified as “female,” and only one percent identified as “other.” Who contributes has a major impact on the topics and people considered noteworthy—so join us as we expand the range of both voices and subject matter.

In the first hour of the event, Megan Wacha from Wikimedia NYC led a workshop on Wikipedia, how to edit articles, and best practices for contributing to the Wikipedia community. In case you missed it, I made a slide deck that goes over the basics to help you get started.

After the workshop, we drank coffee, ate lunch and snacks, and worked on Wikipedia articles. Katie Kornacki, who edits the Conversations newsletter with Mollie Barnes, and I realized that Caroline Sturgis, Fuller’s friend and fellow Transcendentalist, didn’t have a Wikipedia article in English so I created my first new Wikipedia article from scratch. If you have updates or additions you would like to make, please contact me directly at ckatopodis [at] gradcenter [dot] cuny [dot] edu. 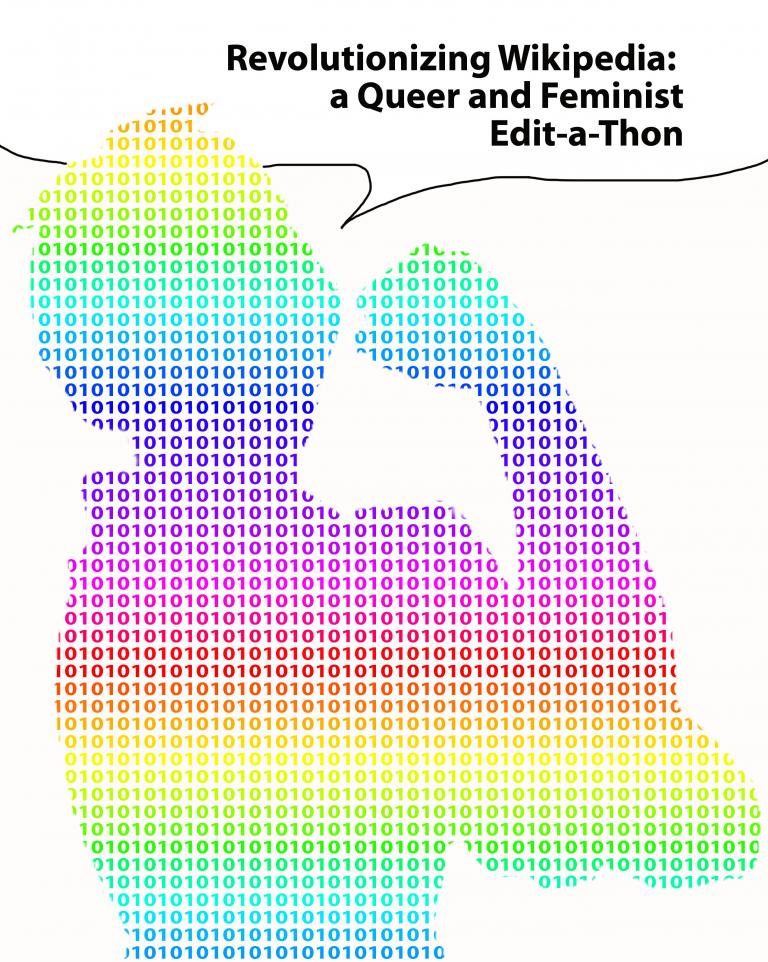 More than 20 editors participated in our edit-a-thon, editing 18 articles and creating two new ones in the last 24 hours, and adding 1.76K words to Wikipedia. A total of 116 edits have been made thus far, and we look forward to seeing the impact these editors make in Wikipedia over time. Yes, we are still editing! Even if you couldn’t make it, take a look at our slide decks, set yourself up on Wikipedia, pick a stub article, and start editing!

Using what we learned from Megan Wacha and this edit-a-thon, we continue to edit and update Margaret Fuller’s Wikipedia article. Since Wikipedia is open to public editing, crowd-sourcing information about authors like Fuller, it’s important that we continue this work. While the article was already in good shape when we started, there were some parts of it that needed updating to really reflect Margaret Fuller’s intellectual contributions (e.g., her translations of Goethe, her Conversations with a capital “C”). Take a look at the article and contribute! Or, drop me a line at the email address above for help editing Wikipedia articles.